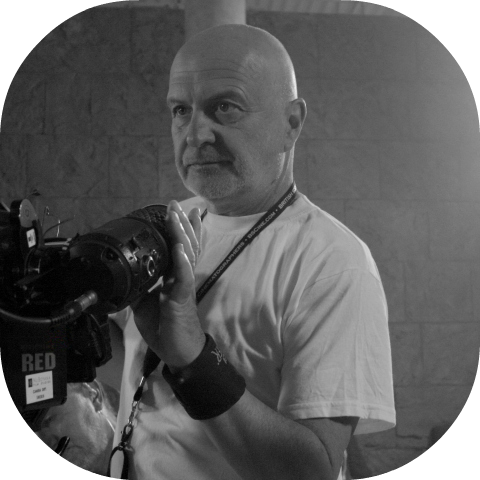 Emil’s professional experience started back in 1973 when he was working as an optical photographer. When he graduated from High Institute for Theater and Cinematography, Sofia in 1980 he started working as a Cameraman for science and documentary films. Since 1990 he is a freelance DOP/cameraman. He had won several best cinematography awards for feature films (among them tree awards for the feature film “Dan Kolloff”), documentaries and TV features at national and international film festivals. He is an active member of the Bulgarian Association of Cinematographers and a member of IMAGO – The European Association of Cinematographers.