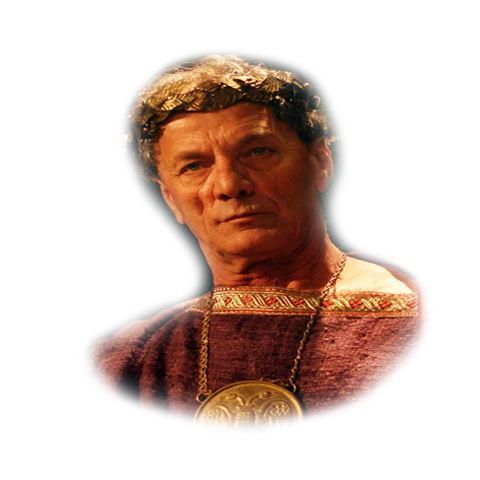 Herod Antipas was a Tetrarch of Galilee. He was one of three sons of Herod the Great. Herod the Great split his empire into three parts giving Antipas the Galilee which he ruled for 42 years.
By the time of Jesus ministry Herod Antipas had married his brother’s wife, Herodias, who was also his half-sister, divorced his wife, and imprisoned John the Baptist for declaring this arrangement contrary to the law of God.
At a banquet honoring his birthday, held in the fortress of Machaerus (located in Jordan), his wife’s daughter, Salome, danced a whirlwind of seduction around Herod’s guests which compelled him to declare up to half his kingdom to her. After conferring with her mother she asked for the head of John the Baptist. It was granted with great reluctance. (Mark 6:14-29)
Although there is some precedent for Pilate sending Jesus before the Tetrarch of Galilee (since Jesus was from Galilee), it seems that this actually might have been a show of courtesy as the Tetrarch was in Jerusalem for the Passover. It may well be that Pilate was trying to pass the buck, as it were, during the religious festival.
It is significant to note that Jesus answered Caiaphas and Pilate when questioned but Jesus said not one word to Herod. The significance of this may have been that Herod had the power and authority to lock Jesus up as he did John the Baptist thus preventing Jesus’ destiny with Golgotha and the cross. (Luke 23:6-12)