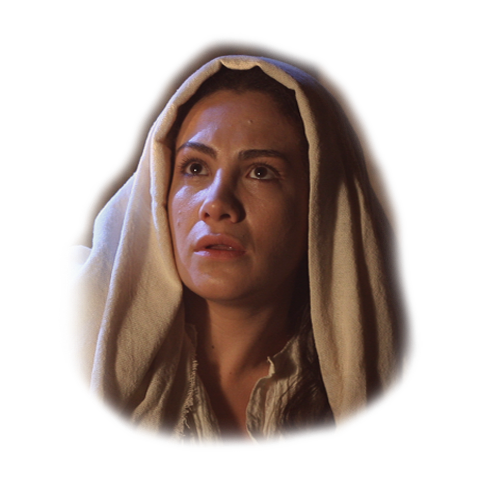 Mary was a maiden from Nazareth in Galilee of the lineage of King David. By tradition she would have been betrothed to Joseph , the marriage taking place soon after. Mary was visited by an angel during this betrothal period (while she was still a virgin) and told that she had been chosen to be the mother of the promised Messiah, God’s anointed One, conceiving Him through the Holy Spirit soon after. His name was to be Jesus.

Soon after Mary visited her cousin, Elizabeth, who was the mother of John the Baptist, and lived in Ein Kerem (just outside of Jerusalem). Upon returning some months later, she would have married Joseph.

It must have been very hard for Joseph to accept Mary’s pregnancy and we know that but for a dream he would have put her aside BUT God spoke to him in that dream and told him to take her as his own. We many times don’t give much credit to Joseph because so little is spoken of him but he, too, must have been a champion of a man, full of grace and mercy. The last we hear of him was when Jesus was 12 years old. Joseph was an artisan of some kind and Jesus certainly worked alongside his father in the building trades.

It is very hard to draw a characterization from the scant descriptions of Mary in the Bible but we can assume and be assured that to be chosen to bear the Son of God she was of a pure heart and disposition, with a mantel of wisdom matched only by Solomon. And where else would a courageous and loving mother be but at her son’s side during his most terrifying moment…at the cross. To lose a child to illness or accident is one thing but to witness his crucifixion quite another.

One cannot imagine the journey from birth, to grave, to risen Lord that was Mary’s legacy. It is something to ponder and wonder about.

(the Gospels of Matthew, Mark, Luke, and John are filled with family revelations)